Malware is becoming an increasingly more common threat in our digital world, no longer are virus writers exploiting vulnerabilities in operating system code but they have instead discovered a much easier attack vector. Simply convincing users to run their malicious software through social engineering. 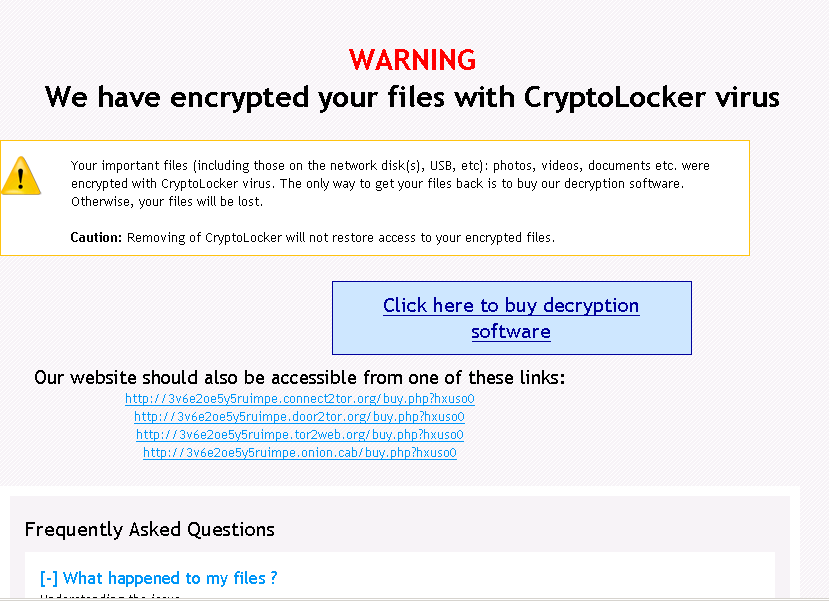 This is the ‘decryption instructions’ you get from CryptLocker. Pay up if you want your files!

Right now one of the most common pieces of malware going around is called CryptoLocker. This malware encrypts documents and throws the decryption key away into the internet, leaving a ransom note: Pay up if you want your files back. Ransomware isn’t new, and even CryptoLocker has been around since 2013, netting an estimated $USD41.9 million1) (in the 3 months between Sept to Dec2013!) to the authors. The original variant had its command and control servers taken down in Operation Tovar2), but this hasn’t changed the facts, it made some people very rich. It shouldn’t be a surprise that new variants and copycats have come out.
The thing that makes CryptoLocker dangerous is that once it has encrypted your files, there really aren’t many options for you. The best (and arguably only) defence is a solid backup and recovery solution (a cool head helps too!). Malware remove tools won’t be able to decrypt the files without the secret key, and depending on the variant the control servers might have been taken down, so there might not even be anyone to pay. This article outlines what you as a system administrator need to do to prepare for and react to a CryptoLocker infection.

They say prevention is better than cure, here is a list of things that you should be asking yourself:

Once you are infected your first step should be to identify which workstation is infected. Otherwise you can restore your files all you like, they will just get re-encrypted. 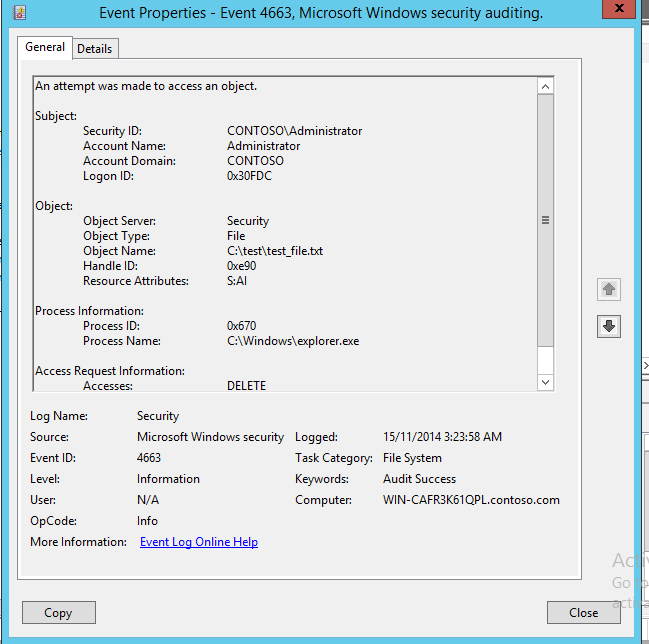 Here we see an example of an audit event, being triggered on the deletion of test_file.txt. We clearly see that it was done by CONTOSO\Administrator

Did you setup an audit policy? If you did all you need to do is open the security event viewer and do a find for the filename of an encrypted file. This will show you the user that deleted the file. They will be the one infected. Without an audit policy things get harder. Is there a computer with many open files on the file server? High network bandwidth usage?  Remember that CryptoLocker will only encrypt file shares that are mapped to a folder. Is there a user with a home directory that’s encrypted?

CryptoLocker is not a worm, the encrypted files won’t infect anyone else, and unless you run the executable on another machine the infection will not spread. Still it’s best to isolate the workstation as soon as possible by unplugging the network cable. Use your usual malware removal tools such as Malwarebytes to clean the system of CryptoLocker.

Now its time to determine the extent of the damage. Scan the user’s mapped drives for .encrypted files. Here is a simple powershell two-liner to do it. Change the value of $path to the location you want to scan. The script will output a text file called encryptedList.txt which will contain all the files that have been encrypted.

As part of operation Tovar a number of decryption keys were siezed. If you are lucky the key that you need will be avaliable at nomoreransom.org. Otherwise you need to recover from backups. The easiest way to do this is to recover the entire directories that were encrypted with overwrite disabled. CryptoLocker changes the file extension of the documents. Thus it is safe to say that if the exact filename exists in the backups but not on the file server then the file needs to be recovered. By disabling overwriting, any files that were not encrypted will not be touched. You can check if you recovered everything using the following PowerShell. It will output two text files restoreSuccess.txt which contains all the file successfully recovered, and restoreFail.txt which contains all the files that were not contained recovered. 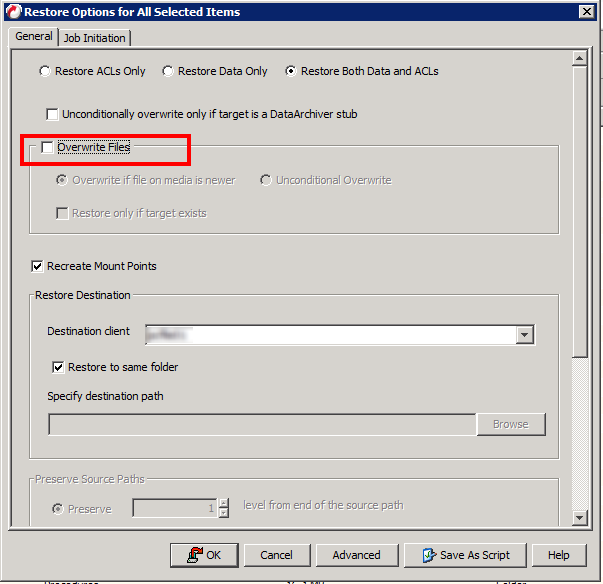 Once you are satisfied that you have restored everything, you will want to delete the encrypted files, and the DECRYPT_INSTRUCTIONS.html files that got created. Here is another simple powershell script.

Now that you have survived CryptoLocker, its time to ask the important questions. Don’t forget Perfekt is always around to help. Give us a call if you have any further questions, or if you want to open discussions. 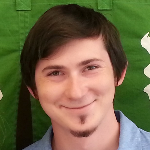 Serge is an integration specialist at Perfekt with specialisation in backup, virtualisation, storage, and server infrastructure. He has a strong working knowledge of modern storage technologies, popular business applications, and networking, as well as the underlying operating system inner workings. He has worked in development previously, giving him unique insight into common backend processes and systems.
Prev
Perfekt contracted by Western Water
Next
Decomissioning Servers from Commvault: Are You Doing it Right?